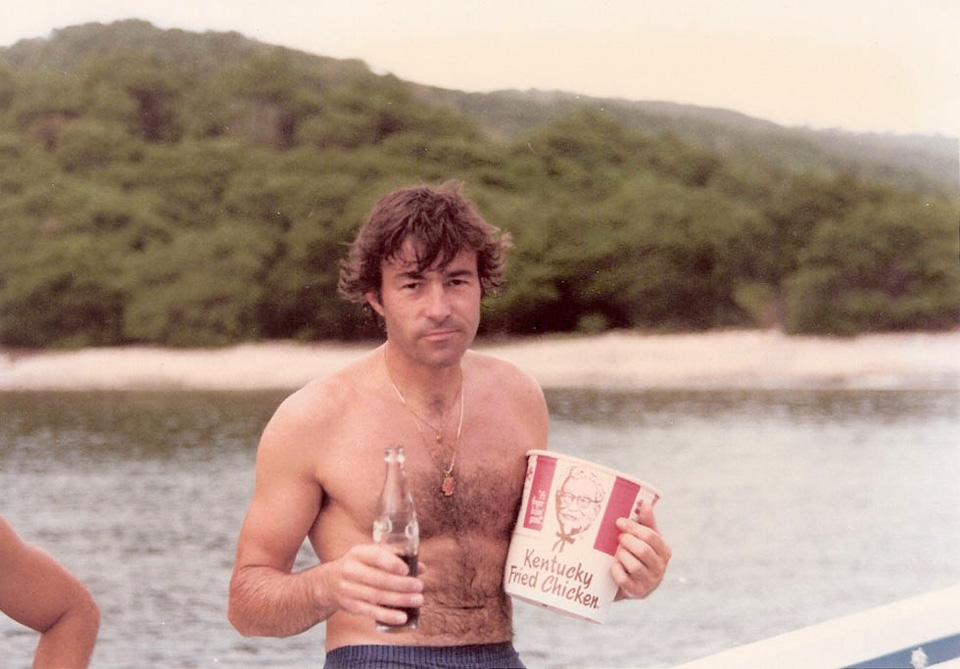 I was driving an 800cc BMC, Austin A30, not a fast car! Then by chance reading; Autosport’s’, back pages I saw advertised modified competition engine parts, and within three months I’d brought parts to build a complete modified engine! Then with the help of best pals Monty and Rowland, we slapped the lot together, and a week later, with an 1100cc engine installed running on four Amal carburettors, a  big exhaust system, and lowered and stiffened suspension, we were ready to roll, and did it go, oh yeah!

Then one Sunday at Brands Hatch, with pals Rowland and Don, I stupidly told them that my now 1100cc, A30, could finish forth in the saloon car race we were watching, not a very smart thing to do!

Well those two, and all the other guys, took the pee out of me relentlessly for weeks, for having the impertinence to assume that I could drive on a race track and finish forth, so to shut them up, I secretly entered a race at Silverstone, and told everyone that wanted to come along I had a surprise outing the following Saturday morning,  at 6.30am three loaded up cars, trekked out of Harrow, not knowing where they were going, ending up two hours later at Silverstone!

When they found out I was racing, they fell about laughing, and couldent wait to see me fail, funny how failure amuses people, well I had the last laugh, I won my race, lapping just under the great Graham Hill’s A35 lap record, yeah that shut them up!

Then all of a sudden, instead of being a ‘dud’, I was a stud, yeah you’d be amazed at what effect a win back then at Silverstone had on the chicks, yes one weekend I line up on the grid and win, and then from the very next  weekend, the dolls line up, so I’m still winning, how about that!

Well that win did it, I was hooked, and from that June day at Silverstone in 1963, I never knew a better way to spend my weekends than go motor racing, and 50 years later, I still don’t, yes how about that! Look try it yourself, but be warned, it’s infectious, so you could get hooked too!

Any questions go to my Q & A page, oh and a little advice, keep on having fun, when you get right down to it, it’s the only thing that matters, everything that’s fun, leads to a good life!

Oh and you might like to read my book , ‘Last train to Cockfosters’, it’s loaded with all my best car crashes, best crumpet, best races and the funniest things I ever did and saw, oh and a fair bit on my philosophy, for a fun life too!

After long delays, DB’s final and third edition book, now 5 volumes, in a slip case, will go to limited print in a few weeks, with more stories and better content than the previous 2 volumes.
For details or to order, just call Brode on 07836 228899. 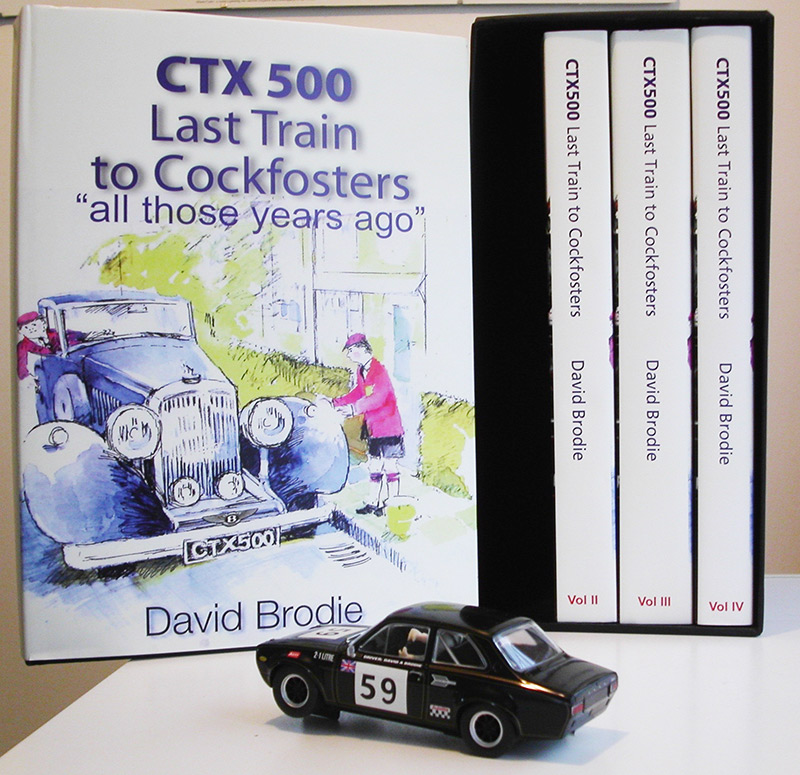 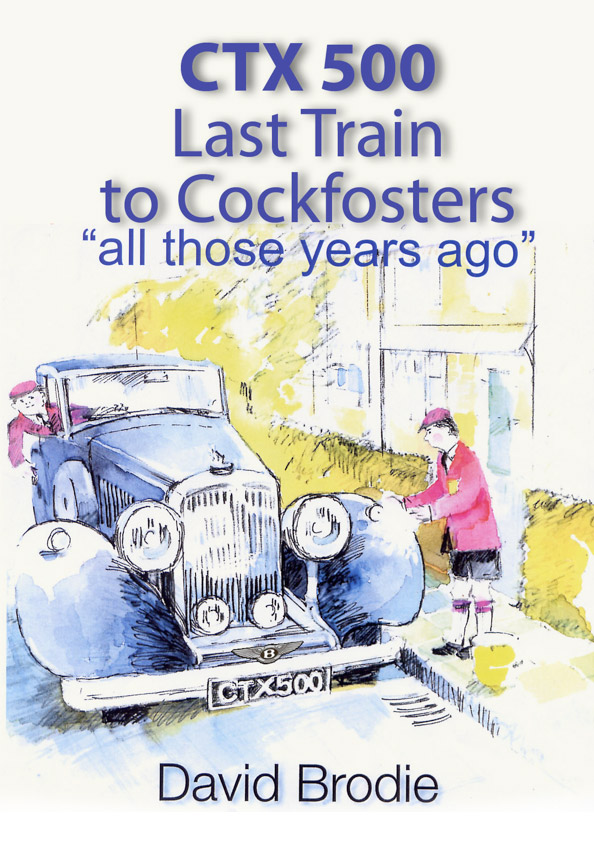 “For a good few years David Brodie has been threatening to publish his autobiography. Chunks have been in circulation for some time, but the day has now arrived and the full works is available. It is only 1496 pages long (yes, really!) and comes in two volumes. Or shall we say this reviewer’s copy did; there is understood to be a lightweight, more manoeuvrable version in three smaller volumes.

We do not claim to have read this truly magnum opus from cover to cover. Suffice to say that open it at a page, and page, and you will find an anecdote which sucks you in as it rambles entertainingly across the next half dozen or so pages. However, be warned! It is in a way a kind of Private Eye of motor racing. Brode describes his world, in and outside racing, as he sees it. If you are easily offended, steer clear. It is understood that copies are not available from good bookshops but are available from the author”.

Read a selection of excerpts from Brode’s book 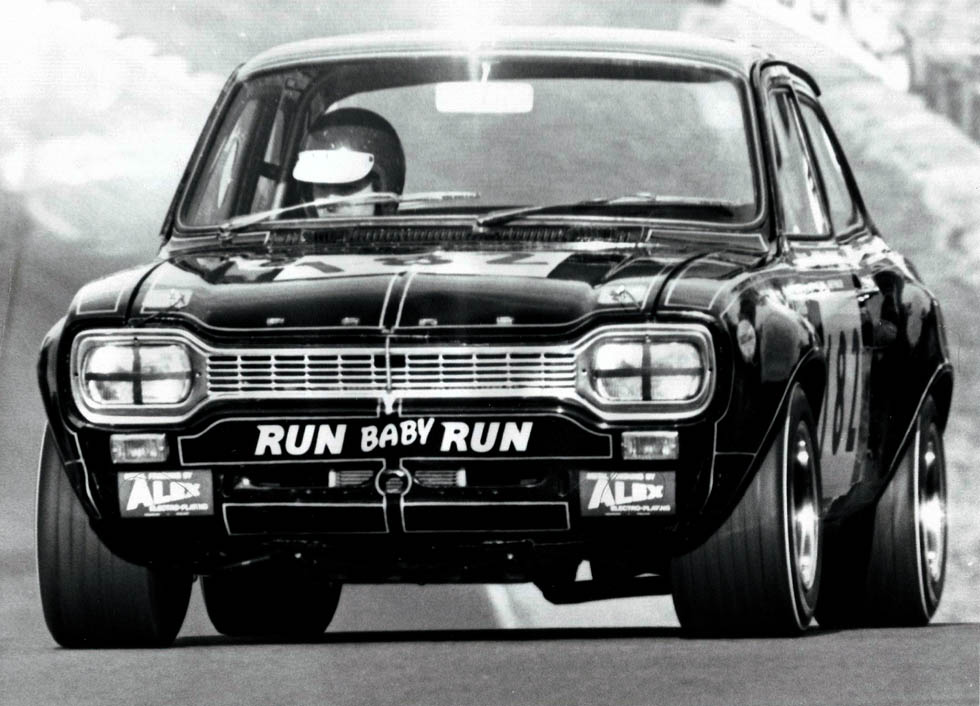 Keep up to date with the re-birth of David Brodie’s Ford Escort Mk1
that raced successfully from 1969 to 1972 called:

After decovering the body shell where David stored the car 41 years later, the RBR is now at an advanced stage with all suspension,
gearbox and steering on final build, the engine is being built and the RBR is scheduled to hit the tracks April/May 2017…

Watch this space for progress reports

If you’re a motoring club with guys who remember those good ol’ 60s & 70s race times, then I’ll come by and have a chat to your club members