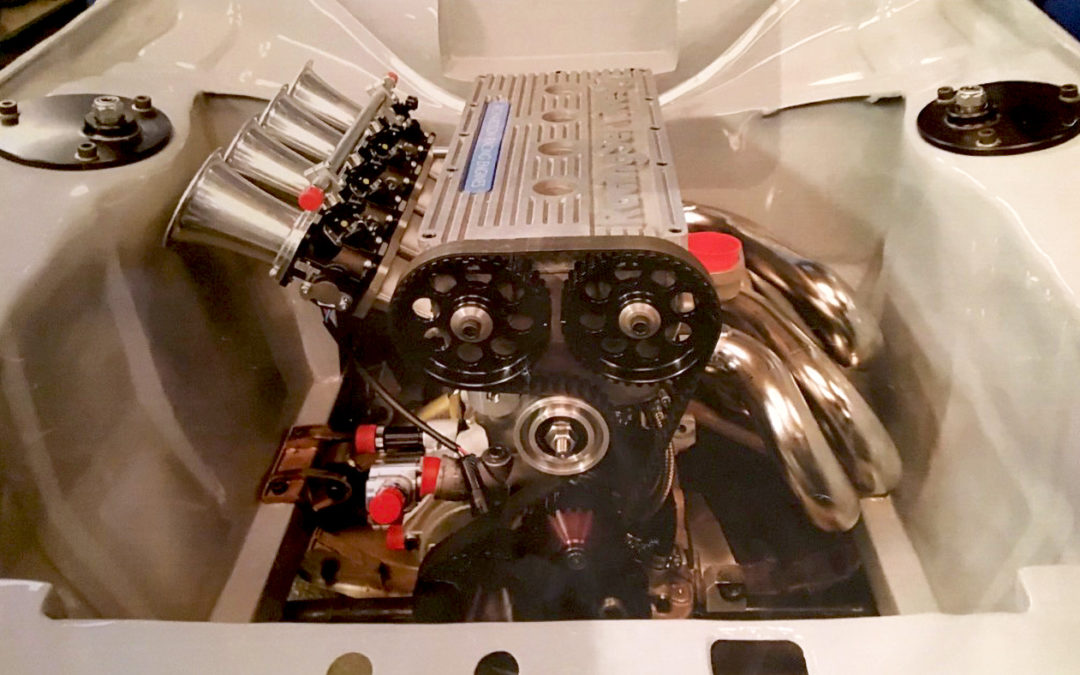 Hello Run Baby Run, RBR, fans! Yes, over 50 years after RBR started winning over 200 races with lap records on every English track from 1969 to 1972, RBR today still has an amazing following, and even i find this astounding, but as my friend Richard Hinton, of ‘The historic race car Club’, said to me, ‘when RBR appeared in its Yellow pinstriped over shinning black livery, it set a new preparation standard for race saloon cars in European racing, that others had to follow, and yes even I noticed that grids of once scruffy looking race saloon cars, were hitting the grids looking like the owners actually liked their race cars, with girlfriends consigned to washing and polishing their boyfriend’s race cars, yep, no mean achievement, yes, girls in every UK paddock now had a job to do at last!

So whats happening with the rebuild of RBR, well in 2010 I got very ill, and given 5 years, 5 years who did they think they were dealing with? Well the the pills I was consuming daily had me like a zombie 24/7, and that’s a killer condition, and believe me, daytime TV will do that, so I thought… ‘Brode you need a project this is going to kill you before the illness does’.

And as I’d rescued RBR’s empty body shell from its probable last resting place, a Barn in the wilds of Marlborough in Wiltshire, for the last 41 years, I decided to rebuild RBR into a stunning, and up to date 2022 spec. race car, see engine picture, yep that really concentrated my mind! And with the help of many marvellous guys that I love, RBR is about ready to hit the tracks again, of course wicked Covid slowed things down by at least a two years, but as RBR is about finished, I have now agreed with Silverstone, where else, the RBR announcement date of ‘WEDNESDAY 8th of JUNE 2022, at the BRDC Clubhouse, kick off at 11am, were charging a £10 entry fee, which goes entirely to the British Racing Drivers, ‘BRDC ex drivers fund’, there can be no finer endeavour, so please keep a look out on my site for follow up info, including how to book in at Silverstone, oh the BRDC restaurant will be doing, proper grub, yes Bangers and Mash with a man’s Pudding, at a very reasonable price too, but as there is only 120 places, please book early, yes we’d like as many RBR fans at Silverstone as possible!

At the RBR race car launch on the 8th of June, I’ll also have my original 1972 RBR road version of my race RBR, I called back then, ‘A Brodie Roadie’, and now in 2022 I’ve another road version of RBR, I also call, ‘A Brodie Roadie’ too, yes 50 years later, and its quite a stunning spec. MK1 Ford Escort with twin independent front and rear wishbone suspension, 6 speed G box, LSD and big brakes, and with a 300bhp Turbo engine, its gonna go very well, in fact i’m almost more excited about my 2022 ‘Brodie Roadie’, as its such a stunning road car.

So this is my first RBR news letter, I’ll be doing up dates as things progress, so please keep a look out, for up to date info, and booking procedures!

Best wishes to you from David Brodie.

Please call Sue at the British Racing Drivers Club (BRDC) office on: 07966 806 854 to book your place on June 8th. You will be allocated a number for your entry at Silverstone. Remember there are only 120 places for lunch, so book early!